​Century Travel
​Serving the Austin area for over 35 years. 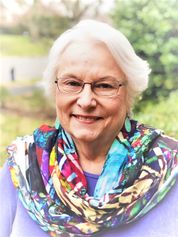 ...in Italy
Sally knows a lot about a lot of places! Since 1991 Century Travel has relied on her tips for a guide in Venice, trattoria in Rome, hotel in Paris, tango show in Buenos Aires, great drive in Australia and more. She’s been to 45 countries…so far! A former teacher, Sally works with her own clientele and specializes in leisure travel. In addition to specializing in travel to Italy, she is certified as a Switzerland Network Specialist and handles all of Europe, Asia, Africa, North America, and South America. Frequent trips take Sally, who has been in travel professionally since 1986, to Washington, DC, where grandsons Jack and Adam reside.

Sally’s professional honors include being named as one of Travel+Leisure magazine’s elite A-List Travel Agents nationwide for nine consecutive years! She is the former President of Travel Agents Council of Austin and former Chair of the National Association of Retail Travel Agents.